Salutations, flatlanders! Your electron based mail message reached my hyper-dimensional lair, I was lured out of the 67th dimension by word of snacks, refreshments, and of course, your attempts to augment your meaty forms with your so called ‘technology.’ The idea: to design artifacts made 50 years in your future. How will they affect the fragile social human construct? More specifically, are these items you’re designing to simplify and enhance your lives creating one step forward in the inevitable march toward a dystopian hellscape? I’d answer these questions, but I’m technically not allowed to break causality.

But I digress, I’m really here to show you all the pictures I took with my face. It only took a few years off your lifespan, and there’s a 50/50 chance they were bad years anyway. Thanks for being such good sports! 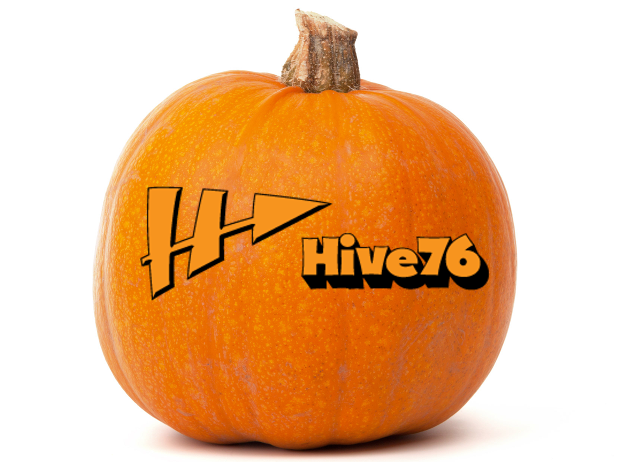 Hackers! Need to finish your costume and/or decorations before the spooky festivities begin? We will be hosting a Halloween themed open build night this Friday, October 24th, 7pm – late o’clock! Suggested themes include wearables, microcontrollers, LEDs, and blood. Bring something to work on!

Hello, meatbags! Perhaps you saw me at Maker Faire, jukin and jivin and havin a time. You probably wondered “where did this guy get his slick get-up?” And,  “is it possible for me to build something similar in his glorious image?” And then your dreams were consumed each night by a vivid nightmare of a distant planet, covered in entirely in evergreen trees and a deafening roar. “What is this place, and why am I forced to wander it every night?” No? Well consider yourself one of the lucky ones then.

Anyway, this is part one of the build log for the Hivelord costume. The inspiration was based on the scramblesuit from the novel A Scanner Darkly, by Philip K Dick, which is a suit that anonymizes its user by constantly projecting a changing image of different people on the outside of the suit. I figured that’s not technologically feasible, but making a mask version certainly is. I originally wanted to record short videos of the inside of the mask, with different people wearing it, but as I built the mask it became obvious that it wouldn’t be feasible, or as cool as using it to take photos. There is a raspberry pi running some python code to control the slideshow and picture taking functions along with an arcade button connected to the raspi’s GPIO. Pressing the button puts the screen into preview mode, which shows what the camera is looking at. When the button is released, the picture is taken and added to the slideshow.

This first post will focus on creating the screen. I was surprised to find many vendors on ebay selling boards that will convert the proprietary pinout of the laptop board to something useful, such as HDMI or VGA. If you have an old screen laying around, you can even make a new monitor for yourself for $35.

Take the case off the screen and read the model number from the back. Look around on ebay for a converter board. It seems like most of them are made to order, so if you don’t find a listing, try contacting a seller. Below is a picture of the board I used, which runs off 12V. Thankfully I found a 12V wall wart in the space to test it.

The converter board came with all its own cables and its own separate board to control the screen functions, like resolution, alignment, and an on/off button. 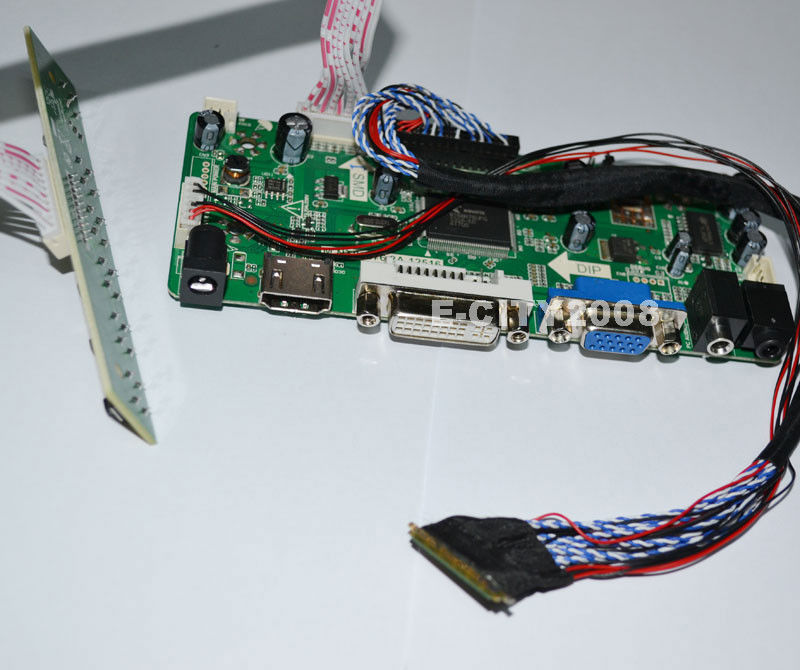 Once everything is plugged in, turn it on to test it out. The screen worked perfectly, and automatically configured itself to the correct resolution. There was enough cabling for me to run the wires outside of the original laptop screen case, so I just put everything back the way it was, with the converter board hanging off. All the electronics will eventually be mounted to the wooden frame of the mask.

Next, connect everything together, screen to converter to raspi, and power it up. Here I am testing out the camera after I changed all the settings to portrait mode. 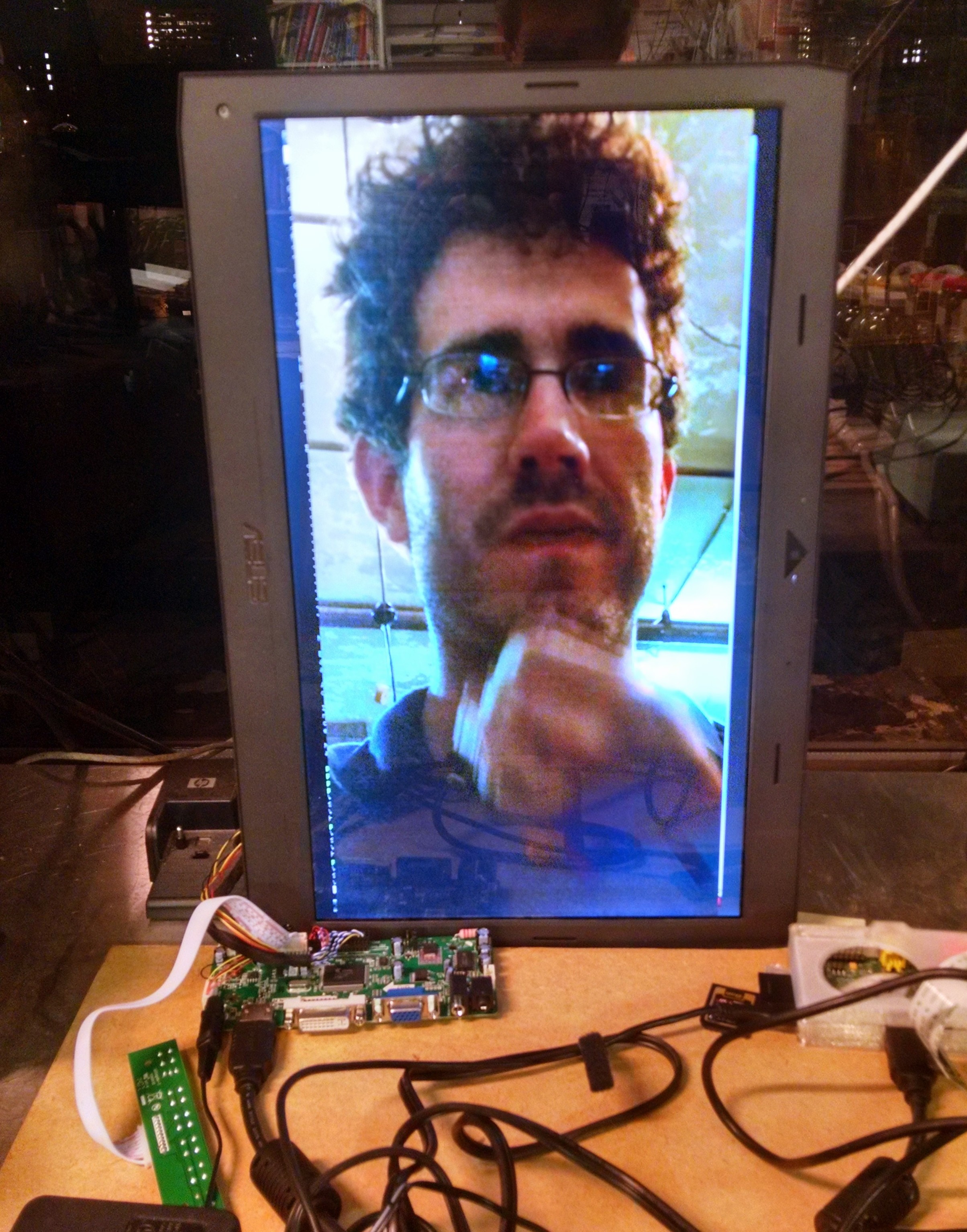 I then connected it all to a bench supply so I could see how much power the whole set up consumed. It uses just about an amp at 12v. I found a 7 amp-hour 12V lead acid battery on amazon that did a decent job, though I’d probably buy a spare since I did run out of battery at maker faire. There’s a 5V downcoverter thrown in there too, to power the raspberry pi off the 12V supply.

Thanks for reading! Next post will be on the making of the frame.

The theme of this weeks open house?

Yard sale Giveaway!
Hive has been accumulating a lot of stuff, and now its time to pass it on to you!
We have all sorts of stuff! 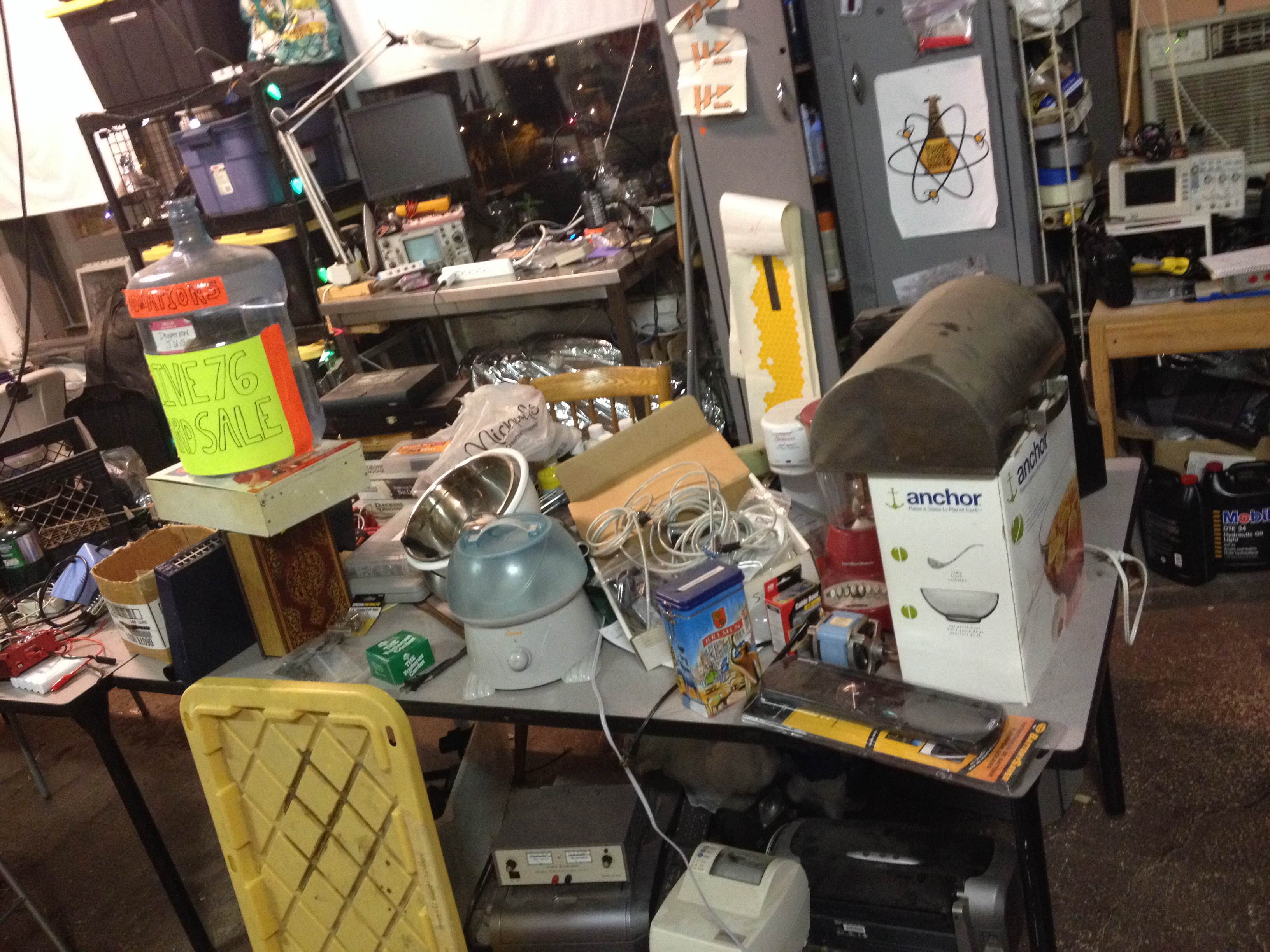 A blender for blending your things!? A George Foreman Grill for Grilling them?!

A working stereo system could be yours! Do you like printers? We have two of them for you!

Get your Halloween presents NOW!