UPDATE: I’ve since returned this unit to the vendor. It’s really bad. The native screen resolution is abysmally small, plus is a weird value such that none of my OSes could handle it. The device did its own down-sampling, but did a terrible job of it. Also, the touch sensing was almost completely broken.

Apparently, there is a thing with these small displays where they advertise them as “1080p input!”, meaning they will make attempts to downsample a 1080p data stream to whatever their native resolution is. The resolution on this one was actually 800×480. I couldn’t get Linux Mint or Windows 7 to display on it at the native resolution. It would take other resolutions and do some pretty awful down-sampling, but it always managed to cut off the edges enough that the taskbar and window title bar were never visible.

The touch feature was also almost completely broken, as well. I tried it on Linux Mint first, trying a variety of different drivers available for the device. All Linux drivers from this manufacturer were compiled from source. I tried the one copy named “Linux” on the included CD and tried two copies downloaded from their website for “Ubuntu 6.06” and “Debian K26”. Of course, if we’re compiling from source, why would we need separate sets of source code? But anyway, at first it didn’t seem to work, so I thought I just failed to install the drivers, but things that happened later changed my mind. Windows 7 found a HID driver for it, identified it correctly, but it still didn’t work correctly. I also tried to download the latest driver off of their website, but their ZIP file is corrupted and won’t open with either the Windows Compressed Files utility or 7-Zip.

Moving on with the driver found for me by Microsoft, I now tried using the touch screen as the primary display, disabled my main monitor, unplugged my mouse, and restarted the computer, thinking it might help stabilizing the situation. I finally realized that I had seen the same behavior on Linux, I just hadn’t yet figured out what was going on because Mint wasn’t showing a cursor for the touch events and Windows did. It had the axises completely swapped, and also reversed, so dragging down the screen moved the cursor left. Also, it had no concept of a continuous drag event. It would sometimes drag, sometimes spawn a series of rapid clicks instead.

In other words: complete, unworkable garbage.

I’d be interested to hear from people if they have a recommendation for a simple touch screen. I think I’d like at least 15″ size, and I’m a little concerned about the popularity of multi-point capacitive sensing over the older-style, one-point-only resistive sensing. Yes, the capacitive is more precise, but the resistive doesn’t freak out if it gets just a little damp. 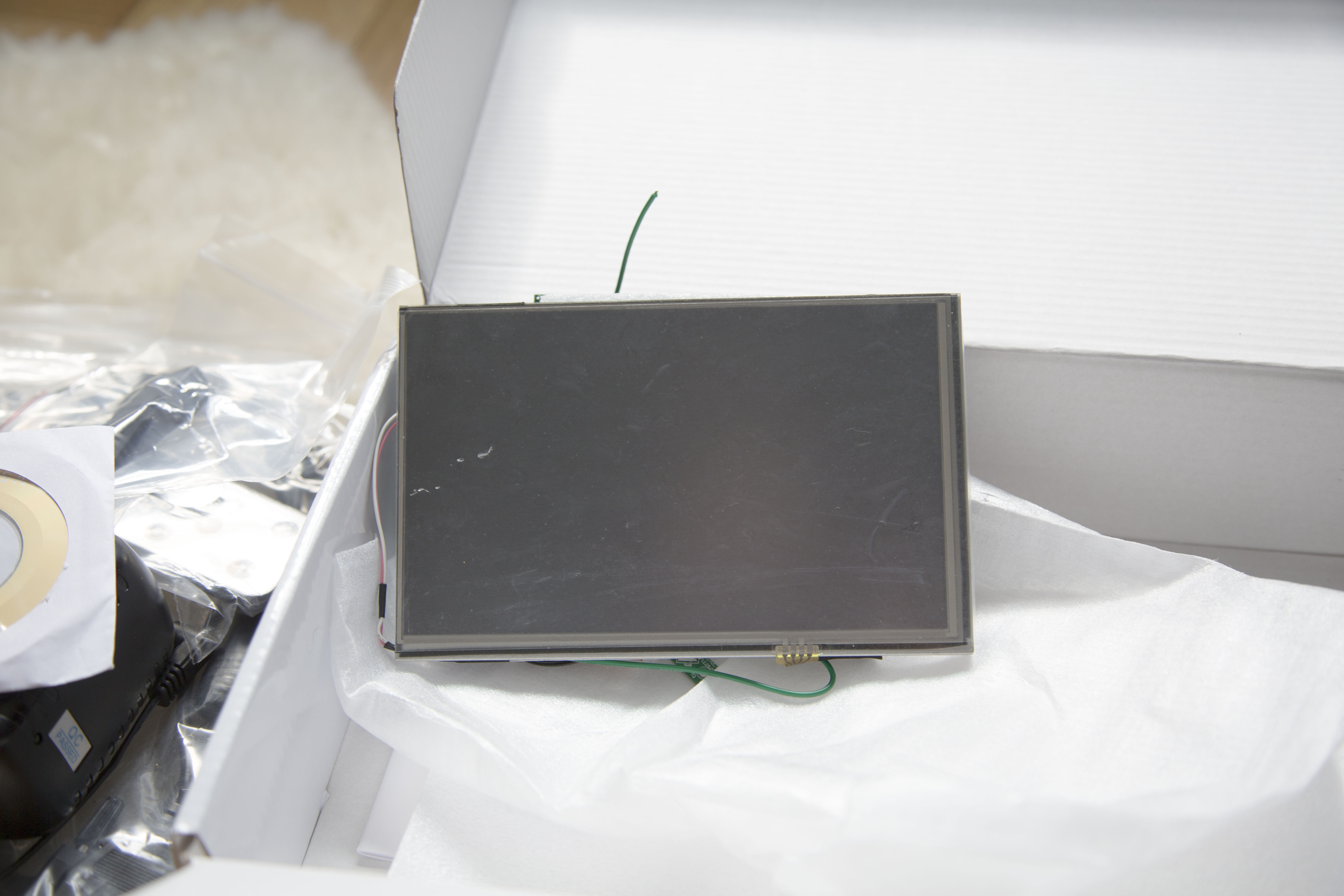 So here is my latest toy. It is the Lilliput 7″ SKD Open Frame Touch Screen VGA Monitor with HDMI, DVI Input (note: this is not a referral link). You can see more pictures of the device on my Tumblr page. I’m thinking of either building my own tablet computer or a sort of remote control system. It’ll end up being a little chunky, but I don’t mind.

The natural DIY platform for such a project is the RaspberryPi. I’m thinking I want to take the stock Raspbian distro and hack together my own window manager for it to suit the small, restricted dimensions of the system. I’d like something halfway between a CLI interface with its infinite possibility and a GUI interface with its emphasis on geometric arrangement.

Anywah, I’ll keep everyone posted with my progress.